Congratulations to our former Girl’s Player Maeve Óg O’Leary who earned her 1st, of many it’s hoped!, Senior women’s International Cap in the Ireland vs USA Rugby match at the weekend.

Maeve Óg first started playing rugby with Ballina Killaloe RFC and St. Anne’s Community College only a few years ago and has had a stellar rise through the rugby ranks, earning her 1st Munster cap earlier this year too.  She currently plays for Blackrock  College RFC while in DCU in Dublin.

Maeve Óg was always destined to be a success on the sporting field having previously competed with Ireland Softball teams, as well as winning All Ireland, Munster and County medals with Ballina Camoige GAA and St. Anne’s CC Camoige. 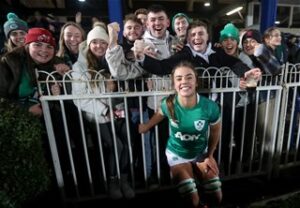 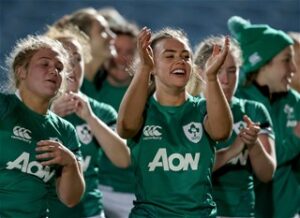 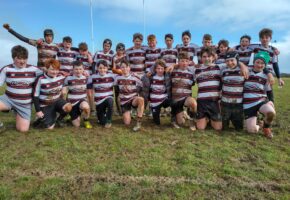